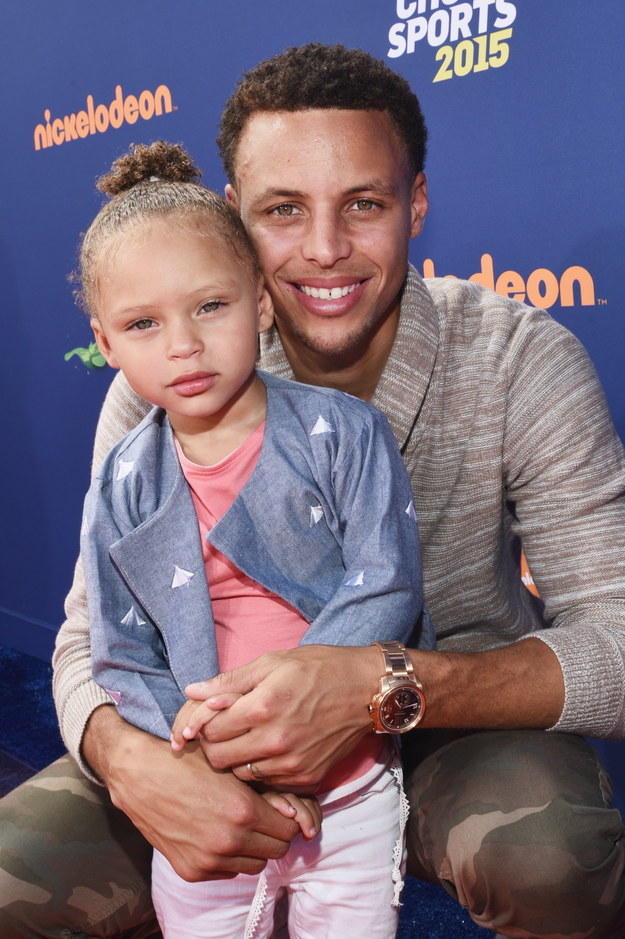 It’s without saying that Riley Curry stole the show during the Warriors glorious 2014-2015 championship run. From her adorable laugh to her hiding underneath the table curtains, to telling her father to hush.

The world was captivated by the daughter of most electrifying man in the NBA right now.

With a knack for being in the spotlight, it’s no surprising to see Riley Curry make her modeling debut in Freshly Picked’s campaign for their new moccasins called The Next Step Shoe.

Susan Petersen, founder of  Freshly Picked, told E! that Riley was a “very natural choice for us”, saying:

“One time her mother, Ayesha, posted a picture of Riley’s favorite Freshly Picked moccasins after they had been chewed up by their dog and we loved how that image perfectly captured the reality of the large part that Freshly Picked plays in every day or Riley’s childhood.”

Once again, Riley steals the show!

At only 3 year old, Riley may very well be on her way to becoming the most popular member of the Curry family.

You can watch the Riley’s debut here.