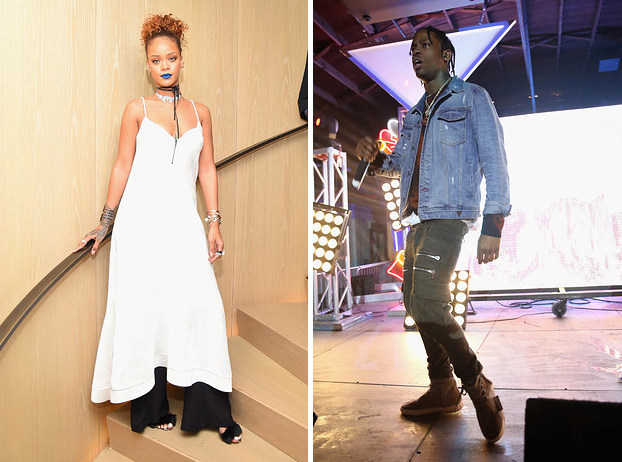 Queen RiRi over the years has wowed us with her style and music, and in the past has been linked to Chris Brown and Drake.

But, it’s been sometime that we’ve seen her with a new bae…but that could be changing with multiple sources confirming to E! News that Rihanna and Travis Scott are officially an item.

Yuppers, Travis Scott, the rapper/producer and Rihanna are supposedly now a thing.

The pair were spotted together at multiple New York Fashion Week events and the source reveals that Travis is lovestruck.

“It’s true, they were totally together. They were all over each other. It was very clear they were together.” -via E! News

The two stars were also spotted at the Roc Nation block party being rather cozy together, with the source telling E! that RiRi’s friends think Travis is a keeper.

“Rihanna likes Travis a lot and hopes it develops into something more. All of her friends think he is gonna be the keeper. Travis is completely her type and they share the same interests.” -via E! News

If the rumors are true, we wish them both the best and hope that they make a few tracks together. That would be dope!