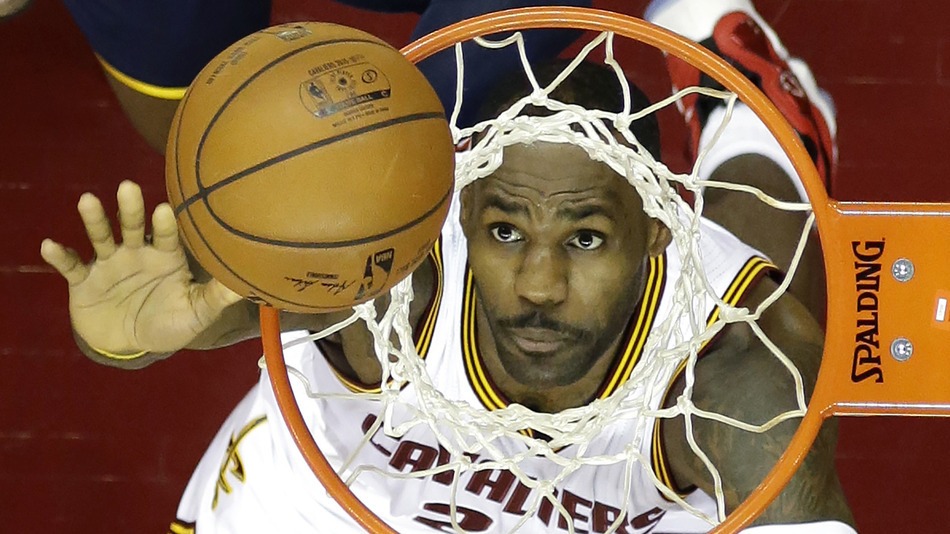 LeBron James is one of those polarizing figures that comes around every once in a lifetime that causes people to either hate him or love him based off of his ability to play basketball.

Because of his basketball gift, James the player will always be fair game for debate — but no one can argue with what James the person did for one fan with a terminal illness.

In the story that has now gone viral, Duncan reveals one of his biggest dreams is to meet LeBron James.

“My bucket list is to meet LeBron,” Duncan tells Doyel. “That’s the one thing I want to do. Meet LeBron James. That’s my role model. He inspires me to do everything. To be a good person, to put other people first, to live your life and do what makes you happy. If I meet LeBron James, that would make my day. I wouldn’t ask for anything.”

Doyel’s story of Duncan ran in late October, but this past Thursday, things got very interesting. Doyel posted on Twitter this screenshot of a text exchange between himself and Duncan:

Somehow LeBron James had found out about Duncan’s story and sent him a care package. The care package included a signed Cavs jersey, shoes, headphones and a letter that will move anyone with a heart to tears. It read: Hey Emanuel, I’ve heard some pretty amazing things about you, and from what I’ve heard, I can tell you are an unbelievable coach. I know you said that I’m your role model and that I inspire you, but I know that you give so many people inspiration, including me. You are living out what it means to be a role model, to be a good person, to put others first and live life to the fullest, doing what makes you happy. It is awesome that you are inspiring so many young kids and teaching them about the importance of living life to the fullest. You live this out each and every day. This is a reminder to me to continue doing that whether I’m on or off the court. I wanted to send you a few things I thought you’d like to let you know I’m thinking about you. I know you are a fighter and you are very strong. And I hope you know that you are not going through this alone… I know you have a whole team of people from everywhere supporting you. Not sure if you know this, but I wear these things called I PROMISE bands every time I step onto the court. They make me think of the PROMISES I have made to myself and others. Here’s one for you and me to share as we work with kids… I PROMISE TO NEVER GIVE UP. Together we will change the world. LeBron James LeBron was later asked by a sports writer about how he’d come across Duncan’s story and why he’d sent the package. “I’m in a position that I owe with a lot of responsibility to give back to my fans and to be able to be a role model to them,” James told him. “It’s something I take very, very seriously.” But the story doesn’t stop there! Another letter was sent to Duncan, this time from a physician with a group seeking a cure for Duchenne muscular dystrophy: