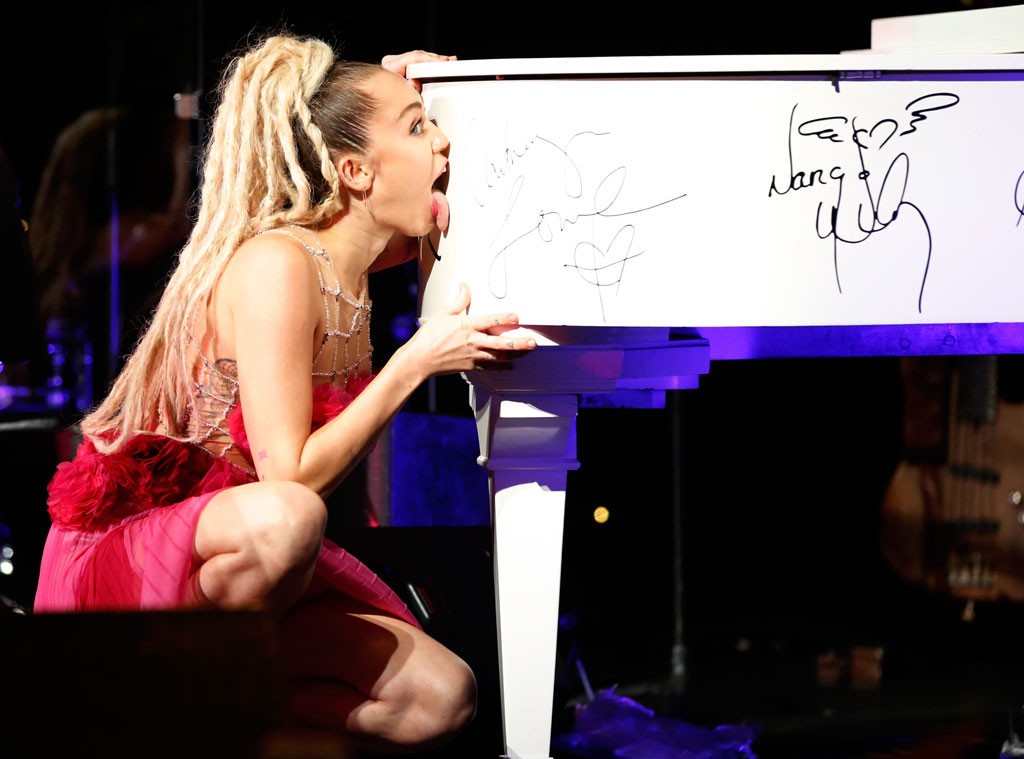 Miley Cyrus made headlines again by licking a piano, but this time it was for a good cause. The former Disney star licked a piano for charity at the Los Angeles LGBT Center’s Vanguard Awards gala. The white piano was donated by the Orange is the New Black star, Ruby Rose and was eventually auctioned off for $50,000.

Later in the evening, Cyrus was presented with the Vanguard Award by Center staffers and members of her Happy Hippy Foundation.

“I want all of you to know that I feel beyond grateful to be in a room full of so many…people who care so much about others because unfortunately that is way too rare in the world that we live in today,” Cyrus said. “I’m thinking of tonight not as celebrating what we’ve already done but what we’re doing and what we’re going to do in the future.”

Cyrus has been a big champion for about disenfranchised LGBTQ youth.

“There are more than 1.6 million runaway or homeless young people in the U.S. each year with 40 percent of homeless youth identifying as LGBTQ,” she said. “And in just Hollywood where we are all sitting, royally with all of our food in front of us and all of these fancy ass clothes…something didn’t’ really feel quite right about it when we’re in a city where there are more than 6,100 homeless people under the age of 24 on the streets on any given day and more than one in four of these people have experienced hate crimes due to their race, sexual orientation or their gender identity.”

Cyrus recalled the first day she visited the LGBT Center. “Given the opportunity to sit in on one of the support groups, I walked away with the feeling of self love that I had never been able to give myself before,” she said, adding, “The LGBT Center had the key to the lock on my cage and they set me free and I want to continue to do the same for others.”

Jane Fonda and Ron Nyswaner were also honored during the evening.