Lakers First Round Draft Pick Gets off to Rocky Start

5 Celebrities Who Fell In Love With The Cameras Rolling 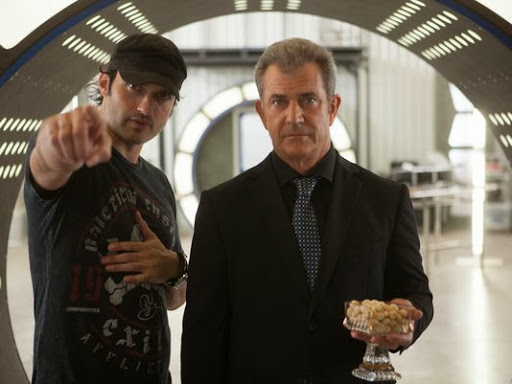 The 57-year-old actor and director is making a screen return in roles far from the edgy, good-guy characters he portrayed in box-office franchises ranging from Lethal Weapon to Road Warrior.

In Machete Kills (out Oct. 11), Gibson goes for full baddie as arms dealer Luther Voz, while in The Expendables 3, now shooting in Bulgaria, Gibson goes malevolent against Sylvester Stallone and company.

"I guess it seems like there is a pattern," says Gibson, who acknowledges he’s never played a "full-on villain."

"Those are the juicy parts. You go to movies and it’s the bad guys that you really dig," he says. "It’s interesting territory to explore. He represents the dark side that we all are capable of."

The former box-office titan’s career has been in low gear since 2010, when audio tapes of an enraged Gibson played on a tabloid website and damaged his reputation. His starring role in the Jodie Foster-directed The Beaver in 2011 flopped at the box office, and while 2012’s Get the Gringo received solid reviews, it went straight to video on demand.

During Gringo’s Austin premiere, Machete Kills director Robert Rodriguez proposed the role of Voz, who goes maniacally rogue and forces the the U.S. president (Charlie Sheen) to sic the mercenary Machete (Danny Trejo) on him.

"You have a larger-than-life villain who is bent on destroying the world," says Rodriguez. "Mel just really appealed and popped out as the guy. I had to explore it fully before I could even consider another actor. I really responded to him as an artist, I wasn’t chasing a tabloid.”

Gibson liked the idea of a Bond-like villain and he was also a fan of Rodiguez’s original blood fest, 2010’s Machete.

"I laughed until I almost got sick because of the sheer, shameless exploitation," Gibson says. "I said ‘Let’s do it.’ "

Rodriguez says Gibson was a collaborator on the set, and he even had ideas about a scene in which Voz watches his henchmen deal with Machete on a video monitor while eating Macadamia nuts.

"Mel put one into his mouth and said, ‘These are terrible. Do you mind if I spit them out even though you’re not supposed to do that with these?’ " Rodriguez recalls. "So it turned into this very odd moment with these Macadamia nuts."

Gibson’s double take at the video monitor watching Machete’s actions was so effective, Rodriguez repeated the scene in the film’s closing credits.

"That kind of sums up the movie experience," says Rodriguez. "(Gibson) was constantly inventive in making every moment unique."

When reports surfaced in 2010 that Gibson would appear in a Hangover Part IIcameo, the cast reacted negatively. (Liam Neeson eventually filled the part.) But in Machete Kills the cast was game to have Gibson onboard. In their first meeting on the set, Gibson immediately noticed a chronic shoulder injury Trejo has suffered from since 1968.

"He just started messing with my shoulder. And all of a sudden I had no more shoulder problems," says Trejo. "And all of sudden he’s cracking people’s backs. He could have opened a chiropractor clinic. He just understands the body."

"Before Robert said ‘action,’ I threw my sword down and said ‘I’m not fighting William Wallace,’" says Trejo, who was impressed with Gibson’s villain. "Mel owned that part. He’s one of the greats. I don’t care about anyone’s baggage. He came on and did his job."

For Conrad Stonebanks in The Expendables 3 (due out next summer), Gibson has even sculpted himself into shape, working with a trainer and modifying his diet over three months before trying to annihilate Sylvester Stallone and his crew.

"I just want Sly to look good. And he’s not going to look good if he’s beating up a fat old man," says Gibson. "I have been working really hard at it. A lot of cardio and very light weight training, nothing heavy."

Gibson looks so cut that after he was photographed leaving a Malibu gym, online pundits insisted he couldn’t have achieved the look without steroids.

"That’s just hard work, dude," Gibson insists. When asked about steroids he laughs: "Have you seen the side-effects of some of that crap? Forget it, that’s too scary."

The positive notices that Gibson already has received for Machete Kills have him contemplating a return to directing, though he won’t specify a project. Meanwhile, Rodriguez says Gibson tested well enough with audiences that he has featured his villain prominently in Machete Kills’ trailers.

"People responded great to him and they liked that he was actually playing the villain," says Rodriguez. "The villains are the best and Mel had a field day."