Space Jam 2 in the Works?

10 Celebs and Their Ridiculous Demands 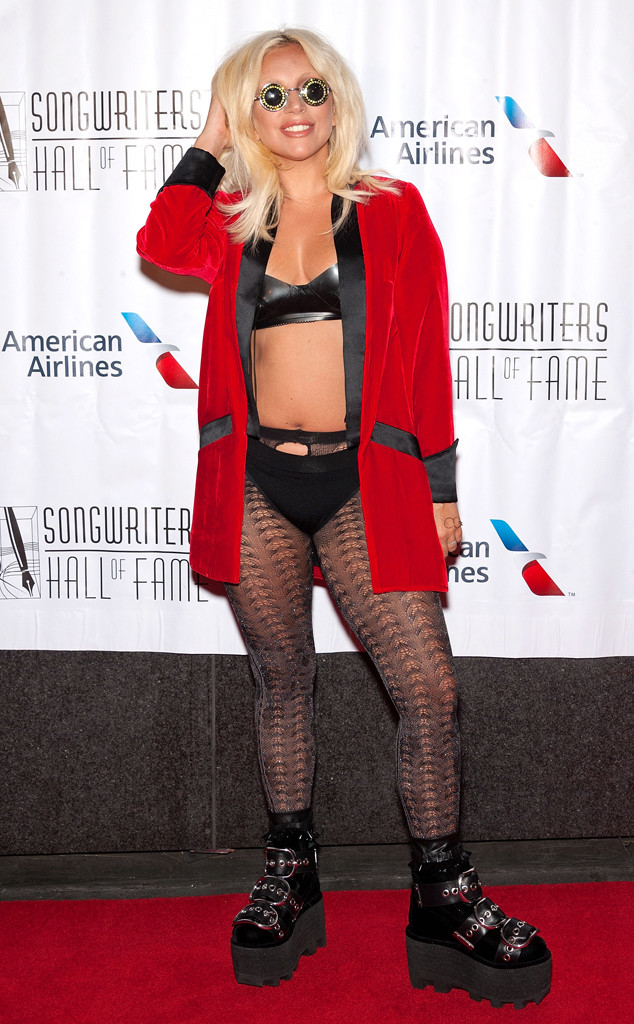 Lady Gaga was basically born an icon, but now she’s got the official award to prove it.

Before the awards ceremony started, Gaga posted a selfie on Instagram with the caption, “Being a songwriter is first and foremost how I identify in life. Tonight’s Award means a lot to me.”

Before receiving the award, Gaga paid tribute to one of her own idols, Linda Perry, who was joined by music legends like Cyndi Lauper and Toby Keith in the official induction, with a performance of the karaoke classic “What’s Up.”

“The song I just performed changed my life a million times over—over and over again, not just once in my life, many times I go and revisit it. Isn’t that what a f—ing hit song is all about?” Gaga said of Perry’s ’90s anthem.

The former 4 Non Blondes front woman then sang her own rendition of Gaga’s “Bad Romance,” before handing it off to Tony Bennett to present Gaga with the accolade.

“The Songwriter’s Hall Of Fame Contemporary Icon award. This has to be my favorite award I’ve ever gotten. I still remember dragging my keyboard up the stair of my walk up to play songwriter showcases and apply to be in songwriting forums where I could play my music for other artists and we’d critique each other. I was 15 then. I’m 29 now. In my head this is how I planned it, following all the roads I thought were right. But i’m not sure I thought about what I’d do if I never made it. Cuz I’d forever be trying,” Gaga wrote.