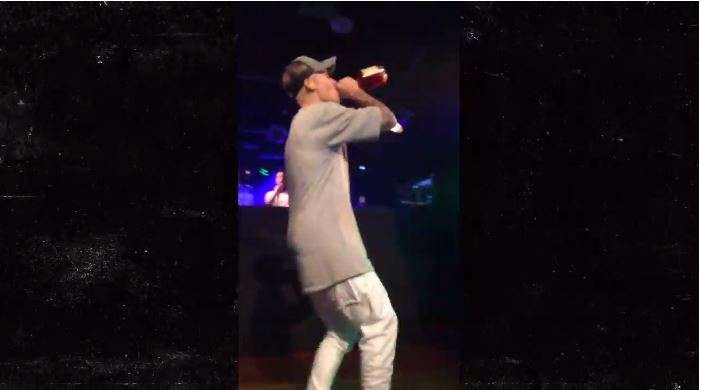 After an amazing in-depth interview with Complex Magazine, it looks like the Biebs is back to his bad boys ways.

While performing in New Zealand with the rap group, Rae Sremmurd, Bieber was seen smoking weed on stage.

A video taken from the 21 year old singer’s Instagram page, shows him drinking from a bottle of Hennessy during the show. In the caption he dubbed himself “#drunkjustin.”

While not the end of the world, Bieber’s onstage antics does make many think back to last year where the star was often in the press for his brushes with the law.

During a radio interview last month, the “What Do You Mean?” singer joked that if there is one thing he could change about his controversial past, he would “stay away from Miami.”

“I just want to be around people who I feel are supporting me, uplifting me, and making sure I’m the best version of myself, because there are so many people in this industry who just want to keep seeing me fall,” he added.

A rep for Bieber said his onstage actions were due to a dare. The star is currently promoting his upcoming album, the first in three years.