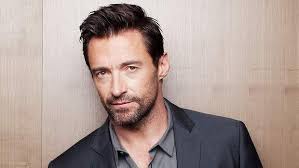 Heroes do exist. While they don’t wear capes or have the ability to see through walls, every day people do heroic acts for others; and although Hugh Jackman is no stranger to kind and generous acts, he recently added another reason he can claim the title.

It all started on a beach in Australia, where Jackman was hanging out. All of sudden, a fierce rip current started to pull people out to sea. Like Wolverine himself, Jackman wasn’t one to sit around; and he stayed in the water and began helping to get people out, while lifeguards worked to get their own rescue relief efforts up and running.

While it may not have been a Batman vs Superman type of battle, the Australian celebrity still helped to save lives by stepping up. In moments like this, it reminds us being a hero isn’t about having the ability to controlling the weather, shoot blasts out of your eyes, or about being bulletproof. A hero is simply someone doing the right thing when danger decides to show up and cause chaos.

Perhaps one of the most humorous aspects of the entire affair is the fact Jackman as able to succeed in a situation where his Wolverine counterpart would have failed. As any X-Men fan knows, the mutant is not exactly a fan of water. In fact, there are numerous occasions when he is shown struggling while submerged under water.