Categorized as
6204
Tagged as
"Truth"CBS
Related 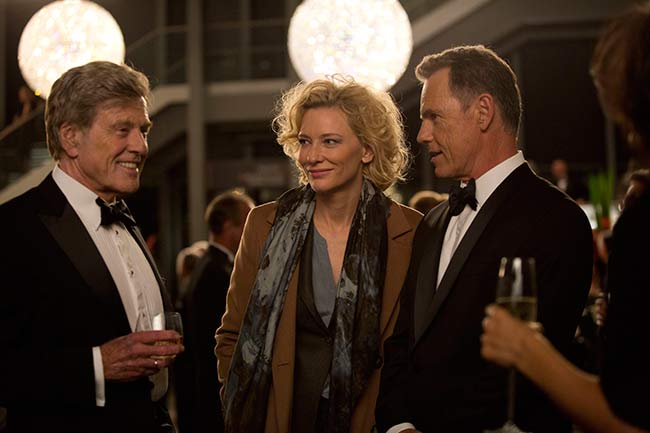 While many films have caused controversy over the years, very few have a network refuse to run any advertising for the film. However, CBS has done just that for the upcoming film Truth starring Robert Redford and Cate Blanchett, stating the movie is a disservice to the public and journalists alike.

Truth features Redford as former newscaster Dan Rather, while Blanchett portrays producer Mary Mapes. The film revisits a sore spot from the CBS networks past involving a news report on 60 Minutes II in 2004 about former President George W. Bush Vietnam War military service record. Later on after the story aired, CBS apologized for the news story when documents were unable to be verified. Four employees were eventually fired over the issue, including three executives and Mary Mapes.

Although Sony Pictures Classics were originally trying to buy ad space to promote the film on CBS, after they were turned down Sony placed the advertising on ABC, FOX, NBC, and various other cable networks. CBS later confirmed their rejection, stating they were not comfortable accepting the advertisements because they felt there were inaccuracies and other misrepresentations in the film they feel would offend longtime CBS employees.

Gil Schwartz, Senior Executive Vice President and Chief Communications Officer for the CBS Corporation, stated these words about the film:

“It’s astounding how little truth there is in Truth. There are, in fact, too many distortions, evasions and baseless conspiracy theories to enumerate them all. The film tries to turn gross errors of journalism and judgment into acts of heroism and martyrdom. That’s a disservice not just to the public but to journalists across the world who go out every day and do everything within their power, sometimes at great risk to themselves, to get the story right,”

The film Truth is told from Rather and Mapes point of views. Rather went on to sue the network, but was unsuccessful. To this day, both Rather and Mapes still argue the underlying story about former President Bush is true.