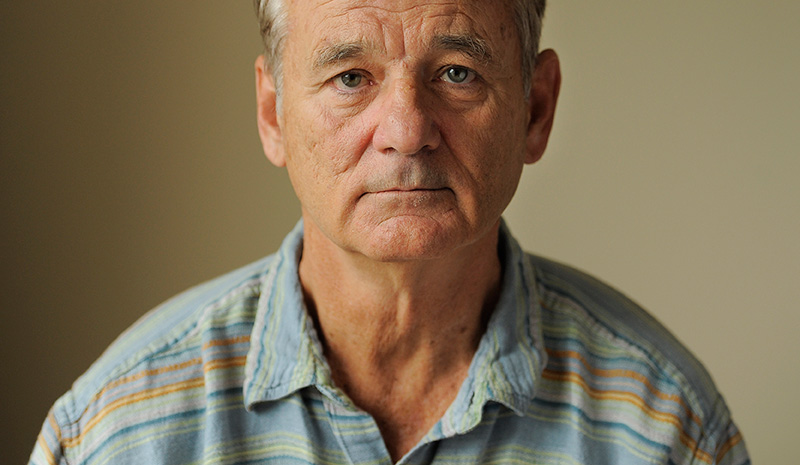 It’s no surprise; Bill Murray is one of those actors everyone seems to love. He has one of those down to earth personalities that allow him to hang out with any crowd; and Murray is no stranger to random interactions. In fact, the 65 year old award winning actor has been known to crash bachelor parties, help out during baseball events, or even hit up the local ice cream shop. However, this past week Bill Murray has proved he is more than an acting legend, he’s human.

On Thursday February 11, while relaxing at the Vesuvio rooftop lounge, Murray made it clear he wasn’t in the mood for a photo opportunity. As three star-struck fans started taking photos of the actor using their cell phones; Murray became angry with the obvious flashes going off only a short distance away. Ultimately, grabbing their phones and throwing them off of the second story rooftop.

According to the Carmel Police Department, three individuals did report their phones had been taken from them and thrown, and that Bill Murray was responsible. Out of the three phones, only two were damaged. Unfortunately, by the time police officers arrived at the scene, Murray had already left.

However, don’t think too badly about the legendary actor. The police department contacted the actor the following morning, and Murray agreed to compensate the victims for their damages.

No charges are being pressed at this time.