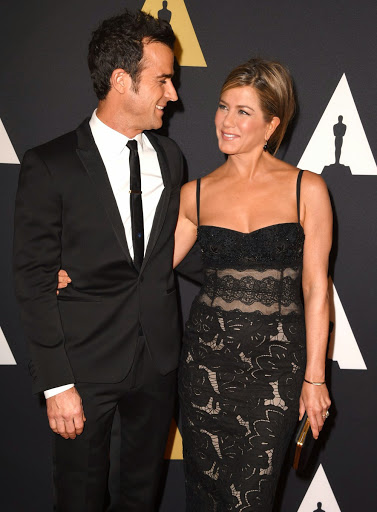 Lots of stars attended the Governors Awards on Saturday night. But it was hard not to fixate on Jennifer Aniston with Justin Theroux. The two held hands on the red carpet and were virtually inseparable at their table. All with that large, sparkly, diamond ring.

While they avoided the press contingent on the carpet, Aniston did mention that it was her first time at the Governors Awards, which brings together likely  contenders for the upcoming awards season.

“This is my virgin voyage,” Aniston said with a smile.

Aniston’s drama Cake is getting unprecedented pre-release buzz. But she did mention that one of her favorite movies of the year was Into the Woods, which stars her good friend Emily Blunt.

“But I might be a little biased about that,” said Aniston.