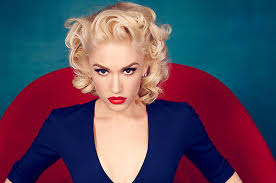 This week Gwen Stefani will release her newest solo album titled “This Is What the Truth Feels Like”. After tragedy, hardship, and moving on; the singer recalled, “…I found my life was going to change forever. Instead of wanting to die, I said to myself, I’m not going to go down. I’m going to turn this into music.” In honor of her March 18 album release, here are 5 truthful tidbits about the sensational singer.

Gwen is currently dating fellow Voice coach and country music sensation Blake Shelton. The couple confirmed their relationship in November 2015 and have been together ever since.

‘Give up’ is not part of Gwen’s vocabulary. In fact, it took nine years or gigs and touring before her group No Doubt had a song hit the radio airwaves.

Stefani loves the culture so much she even has a Harajuku Lovers clothing line; which she named after one of the trendiest fashion districts in Tokyo.

Diagnosed as a child, Gwen even had to repeat a year of school due to the condition. Her condition didn’t become public knowledge until after she became a household name; creating an even better role model image for success.